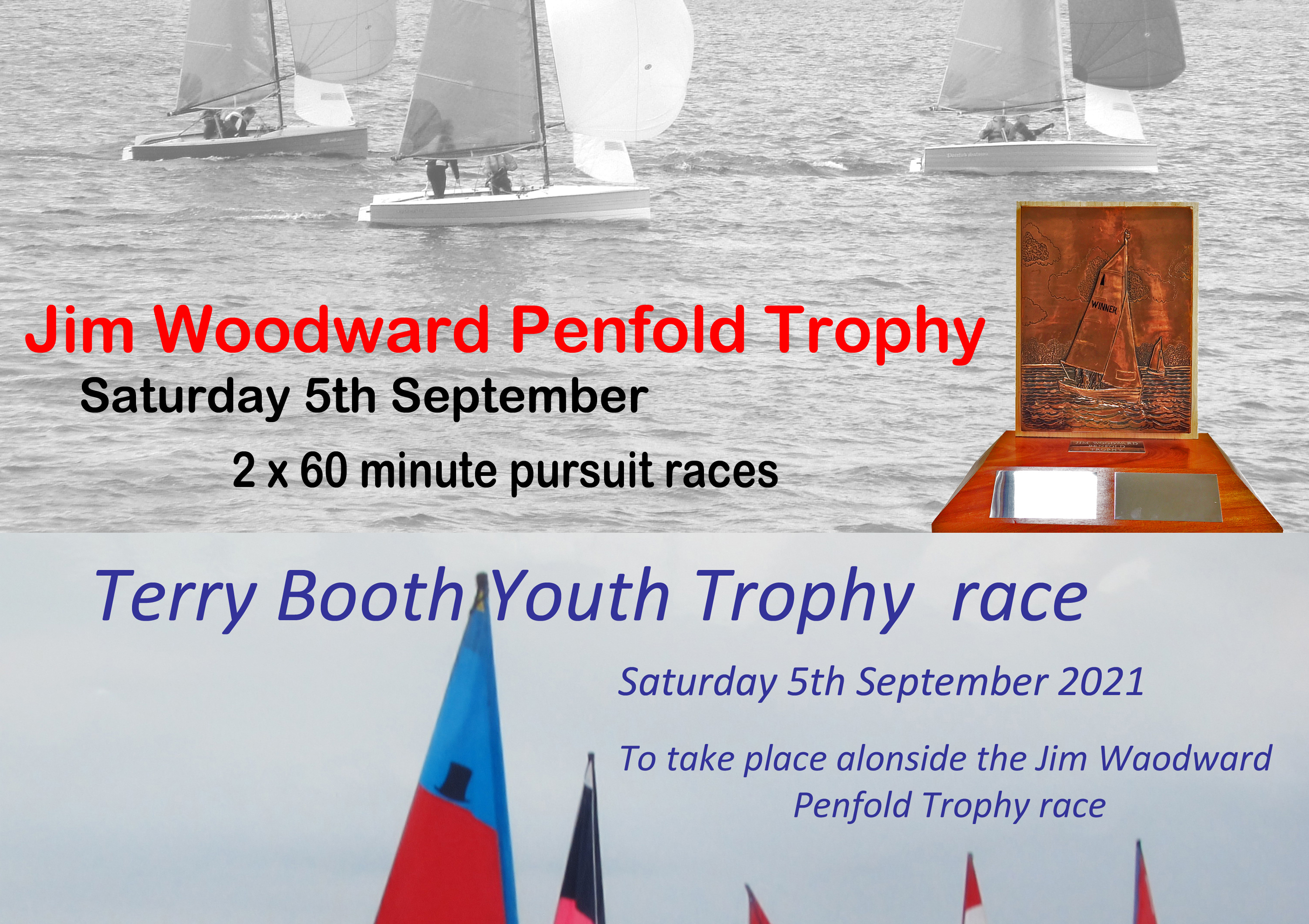 An amazing day for the Jim Woodward Penfold Trophy and the Terry Booth Trophy races.

The sun was shining down for a wonderful day of racing, cakes, meeting up with old friends and a celebration of memories of Jim Woodward and Terry Booth.

2 × 60 minute pursuit races were held, with the first race in a shifty but reasonable breeze, the mirrors took advantage of wind shift at there start which enabled a one tack beat, with the wind shifting back for the later starters.

Race 2, with the breeze lighter, the racing was much closer throughout the fleet, unfortunately for the later starters, with the wind dying it was going to be a challenge to sprint through the fleet.
The Solos were enjoying some very close racing with lots of tactical luffing and covering take place, this enabled the Comet Trio to catch up quickly and move into 3rd place behind the mirrors. With 10 mins to go and a quick glance back from the Trio it was clear that the phantom was not in a position to catch up with leading pack of Mirrors and the Trio.

Following the racing, the members enjoyed an afternoon of tea and cakes and plenty of catching up.

Commodore Laurence led the presentation with an introduction from the Penfold family and Carole Woodward awarding the trophies. Congratulations to all the winners on what was a truly fantastic day.

Congratulations to everyone who took part.

See the trophy in the portal trophy cabinet