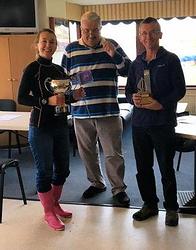 A strong fleet of eleven boats turned out for the Miracle Inland and End of Season Championships this weekend and racing could not have been tighter throughout the fleet. Changeable winds meant that races could be won or lost at every turn, making for a mentally challenging event!

Boat rigging was a rather wet affair Saturday morning, but as promised the rain cleared in time for the first race in the afternoon. The fleet started cleanly under a gusty northerly wind. Tracy and Gemma and Wayne and Angela led the fleet, with Simon and Mark and James and Paul Robinson also having a good start to the race. Wayne and Angela managed to clinch the top spot ahead of Tracy and Gemma, whilst David and Zara worked their way up the fleet to take third ahead of Simon and Mark who were sailing a great race.

After a short break race two was underway; Graham and Helen led the fleet off the port end of the line and picked their way up the beat well to get to the windward mark first. Wayne and Angela caught up with them further into the race but Graham and Helen sailed on to get a well deserved win. Another close battle was going on behind between Hannah and Nick, Tracy and Gemma, and David and Zara. Hannah and Nick were leading the group until the last mark, when David and Zara managed to pull up to third.

A meal was booked at the local pub for the evening social; the food was excellent and eagerly anticipated by the 20 hungry sailors! There was a 50th birthday party being held at the sailing club Saturday night, but the remaining Miracle sailors were welcomed in to join the celebrations, and from the looks of the pictures had a very good time!

The call was made to move the first race Sunday back to 11.30 to allow the wind time to come in. This was a stark contrast to last year's event when Storm Brian was upon us! Dave and Ross had a great start in the first race, choosing to stay along the bank by the club, and it paid off. Wayne and Angela made it round the windward mark first and did a great job of keeping the fleet behind them for the remainder of the race. David and Zara closed the gap when Wayne and Angela ran into spinnaker troubles, but this was soon rectified by Angela and they pulled out a convincing lead to take the race. David and Zara came in second in front of Dave and Ross in third. Tracy and Gemma and Hannah and Nick had another close race with each other, Hannah and Nick eventually pulling out to take fourth just behind Dave and Ross.

Hannah and Nick had a great start in the second race on Sunday, and with a combination of well read winds up the beat and Nick's good spinnaker flying they pulled out a good lead on the first lap. However the fluky winds lulled them into a hole on one of the beats, allowing Tracy and Gemma and David and Zara through. David and Zara took Tracy and Gemma on the run and pulled away to take the win. David and Josie and Stuart and Jonathon had been enjoying good close racing all weekend and were often seen neck and neck throughout the races!

It was all to play for in the last race with 3 boats in contention for the top spot! The tension obviously showed resulting in the first general recall of the weekend! David and Zara managed to reach the windward mark first after opting to stick to the far bank to keep in clear wind. John and Kathy also had a good first beat rounding the windward mark with the top of the fleet. David and Zara were challenged by Hannah and Nick and Tracy and Gemma coming up behind but they managed to pull away on the last lap, building up a commanding lead to win the race and the championship.

Overall top three prizes went to David and Zara, Wayne and Angela, and Tracy and Gemma, with a special prize going to Jonathon Shields who, at just 6yrs old, sailed all 5 races in his first ever Miracle open event - well done Jonathon!

Thanks go to Shustoke Sailing Club for their warm welcome and excellent hospitality, the race officers did a great job of running the weekend alongside club racing!

The Miracles have had 9 open events this year with 6 different winners! The racing has been incredibly tight throughout the fleet, with plenty of place changing to keep everyone on their toes.

Some of the top players this year:

It's been a great season thanks to the efforts of everyone travelling to the various events. Roll on next year! 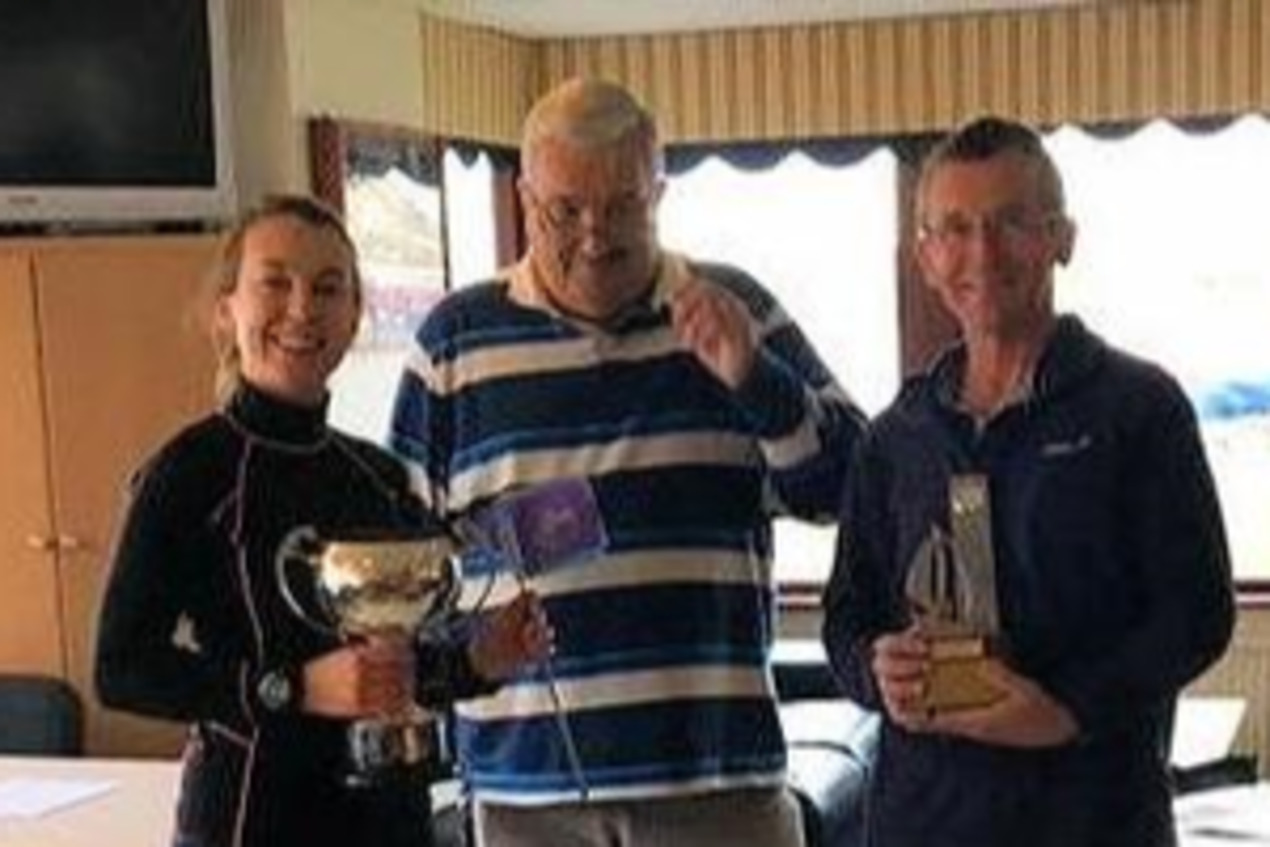